ABOUT FRIENDS OF PARK COUNTY

Created to work on just one issue – the challenge of growth in Park County, Montana.

There are many issues in Park County, Montana and many organizations addressing them. Decades of experience elsewhere has demonstrated the need for having an organization dedicated solely to the issue of managing growth.

Growth is a complex, politically sensitive topic, which requires specialized knowledge, persistence over time and the ability to advocate, educate and communicate effectively to a wide range of audiences.

That is why Friends of Park County was created.

We carry out our mission through a solid program of research, education, advocacy, and outreach that will enable our elected leaders and residents to move forward confidently, despite the almost inevitable controversy generated by land use planning and regulation. 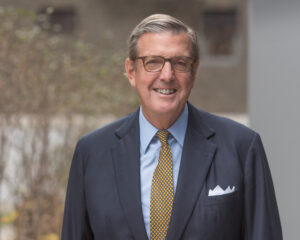 Frank got his first taste of Park County and Paradise Valley when, in 1954 as a young man, he and his family and another family from Central Illinois came west for a “Montana adventure” at the then noted Ox Yoke Ranch (now Mountain Sky) near Emigrant, sited next to Big Creek.

He bought his Mill Creek property in 1970 and then settled in Park County full time in 2010. Frank’s partner, Anne Donahoe, joined him in 2016.

Frank was a member of the Park County Planning and Development Board from 2007 to 2020.  He also served as a board member, and later an advisory board member of Park County Environmental Council (PCEC).  After 45 years in corporate America, Frank founded Campus2Career, a premier one on one career counseling service in 2009. He is a CASA volunteer and a support group facilitator of the Montana Alzheimer’s Association.

Frank serves as the Chair of Friends of Park County. 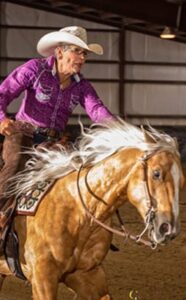 Jean Keffeler is a horse rancher and a retired business executive. She has held executive positions in government and business and healthcare.  She has served on numerous corporate and not for profit boards, and such public boards and commissions as the Regents of the University of Minnesota, and several Minnesota Gubernatorial Commissions.  She was a member of the Park County Planning and Development Board, 2019-2020.

Jean was introduced to Montana in 1985 when she bicycled from Juarez to Calgary.  She has cycled throughout the United States, crossing the country border to border or coast to coast, eleven times.

Park County has been home to Jean and her husband, David Stanley, since 1998 when they bought their ranch property on Swingley Road.  Both of them are committed to preserving and furthering the special history of the land and people of Park County.  David serves as a CASA volunteer and a director of Livingston HealthCare.  He co-chaired the ten million dollar capital campaign resulting in the construction of the new Livingston Hospital and Clinic. 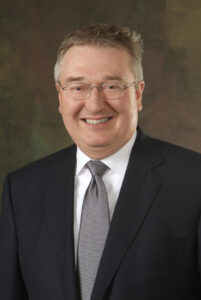 Ken Cochrane brings extensive legal and nonprofit experience to the Friends of Park County board. An avid fly fisherman looking for the perfect place to settle for retirement,  he bought property in Park County in 2008.

Ken has been involved in community and environmental issues throughout his residence in Park County. Land use, housing, jobs and improving internet services for education and economic development have commanded Ken’s civic attention. In addition to his work as a co-founder and director of Friends of Park County, Ken is a currently a director of the Park County Community Foundation where he also chairs the Grant Committee.

The principles guiding our work

The land use principles informing our work are: